Euchre is one of the most known online games.

One of the easiest games to grasp from the Whist family, Euchre provides a more relaxed experience and is a perfect entry to the trick-taking genre.

In our social gaming platform you can play Euchre for free.

Don’t worry if you are a new player. Just scroll below to learn the rules and get some interesting details about Euchre.

What makes our Euchre card game unique is the social aspect that is embedded in the platform. Connect with thousands of players and play Euchre online while making new friends, engaging with all kinds of people from around the world and having the time of your life!

We have a place for every card player, no matter a true competitor or an amateur. Our leaderboards are an easy way to show your skills to everyone! You can invite friends, send gifts, participate in competitive matches across all skill levels or just spend time socializing in the global chat. 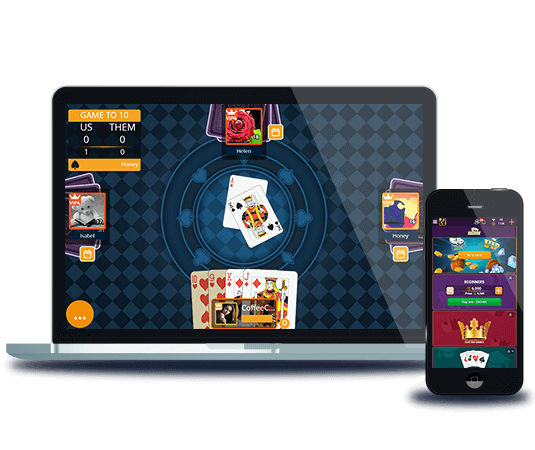 Get familiar with the rules of Euchre and practice different strategies.

Put your skills to the test and do your best to win against real players.

Once regarded as the national card game of the United States, Euchre’s popularity is not as strong as it once was, but it still has a strong following in many regions across the USA. The game is also popular in the United Kingdom, New Zealand and Australia.

A descendant of the Whist family and similar to other trick-taking card games such as Hearts and Spades, Euchre is a simplified version of the two, which makes it a lot more accessible.

The cards used during the play are fewer and the gameplay is quicker, making the sessions really enjoyable. The Euchre rules can be learned in a matter of minutes and players can expect to avoid being discouraged, as they can influence the outcome of the game straight away.

To play Euchre you would need four players split into two teams and 24 cards. The cards used are Ace, King, Queen, Jack, Ten, Nine of each of the four suits. The gameplay is fairly easy, as players simply name a trump and then try to win the majority of tricks.

The main objective of the game is to win more tricks than the other team by playing a higher card. Players are obliged to follow suit but can play any other card if they do not have anything in the lead suit. The trump beats suit and lead suit beats other suits. The first team to reach 10 points is declared the winner.

The game begins with the dealer, chosen at random, dealing 5 cards to each player, beginning with 3 and then dealing 2 more. The game is played in a clockwise manner.

Having dealt 20 cards to everyone, a card is taken by the dealer from the 4 that are left and is turned up, being visible to every player. This card initiates the bidding phase.

At this point, every player can either pass or choose the face-up card, making it the trump for this round. Whichever team chooses the trump is now known as the “Makers”.

Whoever chooses the trump for the round has the option to play alone. If a player decides to “go alone” his partner instantly ends his participation in the round, making his cards obsolete. Whether to go alone or not is perhaps one of the most exciting euchre strategy aspects.

What makes Euchre exciting is the difference in the ranking of trump cards. The two of the strongest two cards depend on the suit of the chosen trump. For example, let’s say that a card with a diamond suit is named as trump. That makes the Jack of diamonds the strongest card, also called the “Right Bower”. The interesting part is that the Jack of the same colored suit (hearts) is the second strongest card, called the “Left Bower”.

In the example given above, the cards in the trump suit are ranked as follows:

The team that named the trump is called the “Makers”, while the other team is called the “Defenders”. Whoever wins 3 or more tricks wins the hand and receives points. More points can be won when a player decides to play alone. Scoring in Euchre is as follows: 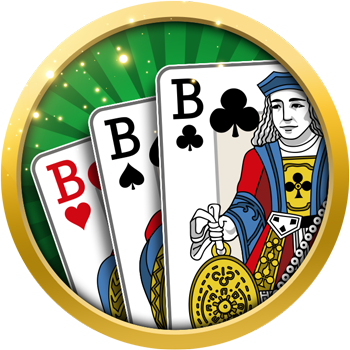 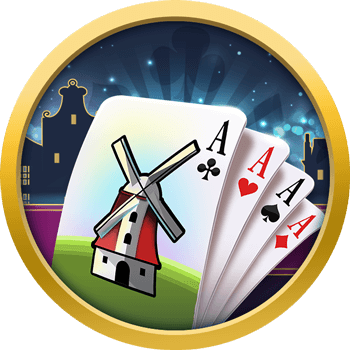