Hearts is a trick-taking card game for four players. The game is also known as Black Lady and is one of the most popular evasion-type of games. The main goal is to avoid hearts suit and Queen of Spades in winning tricks. Those cards are giving penalty points.

Play Hearts online for free with thousands of players worldwide! You can choose your game mode: multiplayer, practice, or play with friends. The card game Hearts became popular around 1750 in Spain. In this game, a penalty point was awarded for each trick won, plus additional points for capturing J♥ or Q♥. Over time, additional penalty cards were added to Reversis, and around 1850, the game gave way to a simple variant of Hearts, where each heart was worth 1 point. The Q♠ was introduced in a variant called Black Maria which then became known as the standard Hearts game, and soon thereafter, the idea of “shooting the moon” was introduced to the game to add depth to the gameplay. Passing cards, breaking hearts, leading 2♣ are more recent additions.

How to Play Hearts

The card game Hearts is played by four players, each one playing solo. A standard French deck with all 52 cards is used. Cards in each suit rank from Ace to 2, Ace being the highest and 2 being the smallest. The player holding the lowest card – 2 of Clubs, starts the game.
Watch video

Dealing and playing is clockwise. Each player receives 13 cards and is asked to pass 3 cards in the beginning and receives other 3 cards by another player.

The game starts with the player who has the 2 of Clubs. The players are obliged to follow the suite and if they cannot they can give any other card. The one who plays the highest ranked card wins the trick and has to initiate the next trick.

There are certain conditions that have to be followed before you can play Hearts or the Queen of Spades:

In The Lobby “Play with Friends” you can adjust the following options:

1. Choose whether to pass cards or play with the ones you are having.

3. Jack of Diamonds option: if you turn it on you are getting minus 10 points from the final score. DO YOU PLAY OTHER CARD GAMES? 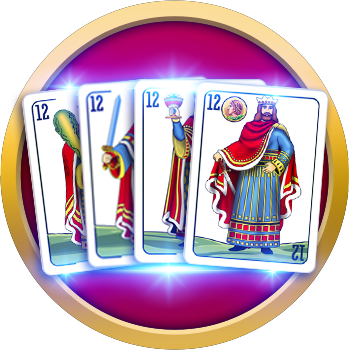