Gin Rummy is a matching type card game and popular variant of the Rummy, played with a standard french deck of 52 cards.

The objective is to combine sets of card sequences from the same suit or same rank and score an agreed number of points. The game continues till the winner reaches the final score goal which usually is 100 points. 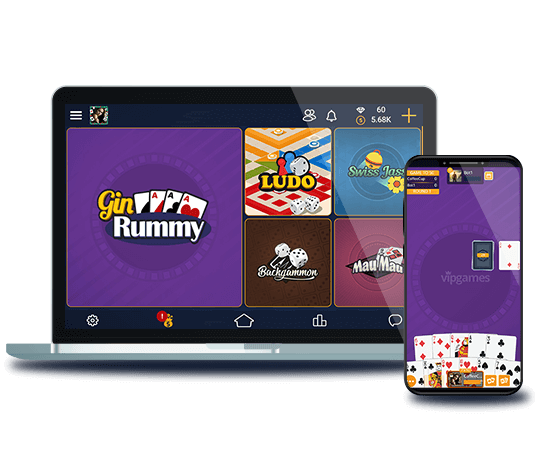 How to Play Gin Rummy Online

Gin Rummy is played by 2 to 4 players. Our default online version is for 2 players and similar to a Rummy card game each participant plays for himself. The rules below include an explanation about the cards, the terms, as well as dealing and scoring. Additionally we added information on how to play for free and custom game options.

Use of the Cards

The dealer shuffles the deck and passes out 10 cards alternately to each player (1 card at a time per player). The remaining cards are placed face down in the center of the group to form the stock. The top card of the stock is flipped face-up and placed next to the stock forming the discard pile.

You can discard a card you’ve just taken only if you got it from the pile.

It is not possible to discard a card that was face up when you took it (from the discard pile).

If both players pass on the first card, none of them can take it and have to draw from the draw pile.

Points are counted from the deadwood cards:

In a draw, there are not awarded points to either player.

The first player who reaches 100 points wins the game.

Points adjustable for online game in the custom room (“Play with friends”):

How to play for free

There are two available options to play Gin Rummy for free:

Gin Rummy is most played in: