5 Fun Card Games to Play with your Family

Home » 5 Fun Card Games to Play with your Family 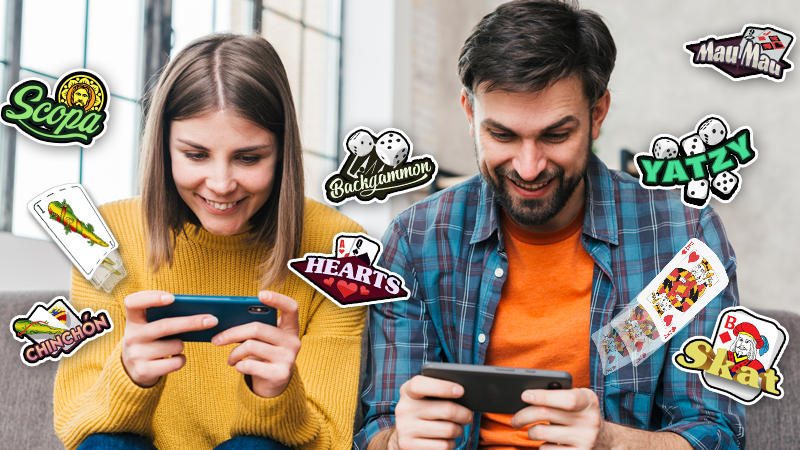 Playing cards has always been a great way to kill time with a smile or spend some relaxing, quality time with the family.

Do you still remember those family card nights at home that were so much fun? What about these sweet memories of the epic family card game moments you shared together and the even more enticing smell of delicious meals in the oven?

Now it’s time to wake up and embrace the reality. You are not a kid anymore and nostalgia of good old times is always bittersweet, but it doesn’t have to be knowing you are still able to play cards with your family. 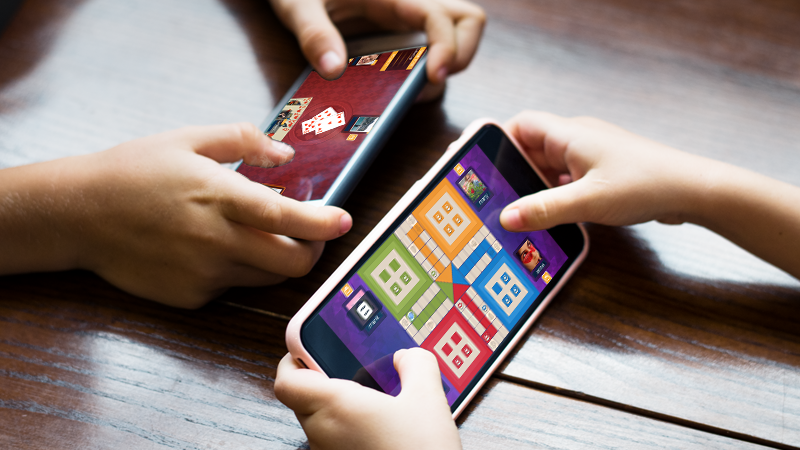 In the new era of the Internet and modern technologies everything is possible!

Whether you are looking for a more fun and relaxing family card game, or a more challenging and brain teasing card game to play with the family, you can now choose amongst a wide variety of online card games, depending on your mood and the type of atmosphere you want to achieve.

What might be a bit confusing is the fact that many of the best family card games have plenty of variations: there might be slight differences in general rules, gameplay, and the number of the players involved.

In addition, some of the card games can be played under different names.That is why we decided to present you with a helpful card list of what many call the most fun card games to play with the family.

Dive into the sea of fun, family card games to recall the rules of those games you know from your childhood and discover new, fun card games to play with your friends and family. 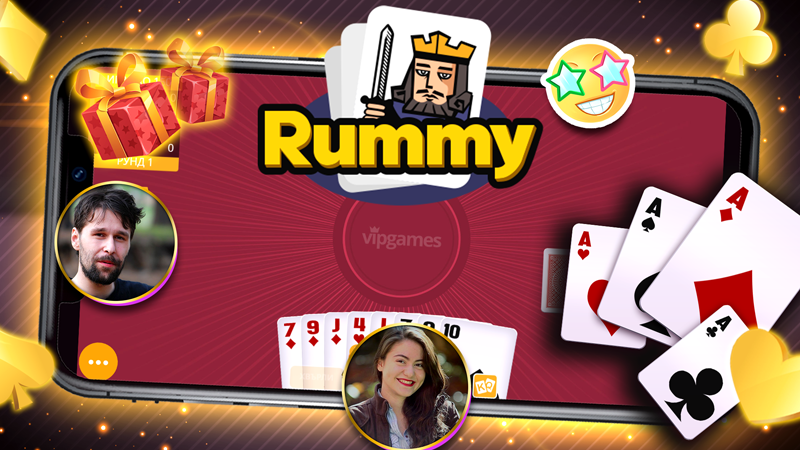 Rummy is surely one of the evergreen classic card games and will always be loved for the engaging rules and the great, competitive atmosphere it envokes. Rummy variations have a long history related to their original roots, which trace back to either the Chinese game of Khanhoo or the Mexican game of Conquian.

Being one of the most popular, fun, family card games, it involves 2-6 players and can be played in many variants including Contract Rummy, Gin Rummy and Mystery Rummy.

What is great about Rummy is that it is a game of complex card skills and a matter of strategy, combination and concentration, where players should draw and discard cards, trying to make melds, consisting of sets of the same values or runs of consecutive values.

The dealer shuffles the deck and passes out cards clockwise to each player. If two people play, then each player receives 10 cards. For three or four players, each receives 7 cards. For five or six players, each receives 6 cards. The remaining cards are placed face down in the center of the group to form the stock. The top card of the stock is flipped face up and placed next to the stock to form the discard pile.

The player to the left of the dealer is the first to start the game. Every turn begins with the player selecting one card from either the stock or the discard pile. Provided that the stock pile runs out, the discard pile is shuffled to form a new stockpile.

Note that melding is optional and you can only do it once a turn. At the end of every turn, players are obliged to choose one card to add to the discard pile.

The goal of the game is to get rid of your cards as fast as possible. This can be done in three ways: Melding, Laying Off or Discarding. If a player is able to meld all of their cards at once, they say “rummy” on their turn and go out. 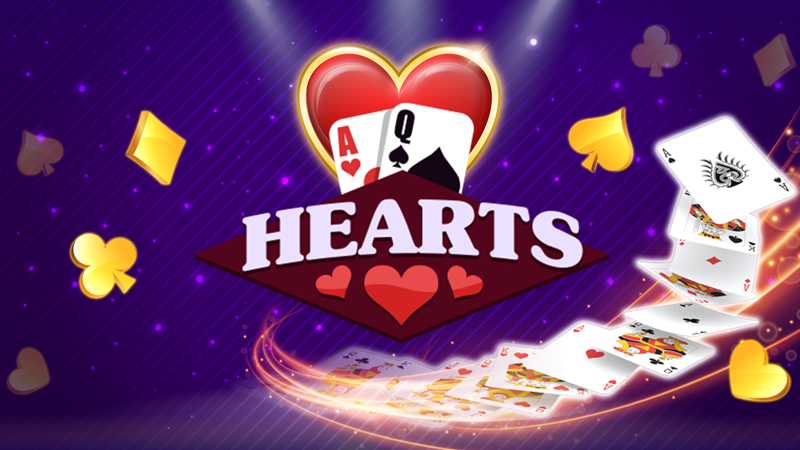 Choosing Hearts for you online family night will never be a mistake. It’s compelling nature will bring tons of joyful moments for all family members. Hearts is one of the most popular classic trick-taking games involving 3-7 players. It requires a standard deck of cards. No Jokers allowed. There is no trump suit and the aim is to avoid taking tricks with Hearts as these lead to negative points, while the Queen of Spades is a whopping -13 points. The game is called Hearts because the cards of that suit play a pillar role in winning. Each heart to be taken in a trick, brings a point.

If not discussed something else, the person to the left of the dealer is the first to begin, but also players are enabled to pass cards across the table, to the right, or in whatever manner the table agrees. Each player plays one card only.

Players are obliged to follow the suit of the card that is lead and if no cards of that suit, they might choose to get rid of whatever card they don’t need. The trick is taken by the player who plays the highest card of the lead suit. During play, a heart can only be lead if the hearts have been “broken” which occurs when a heart is played in a trick where another suit is lead.

The goal of the game is to end up with the fewest points among the other players at the table. The game ends once a player reaches 100 points. At this point whoever has the lowest number of points is the winner. 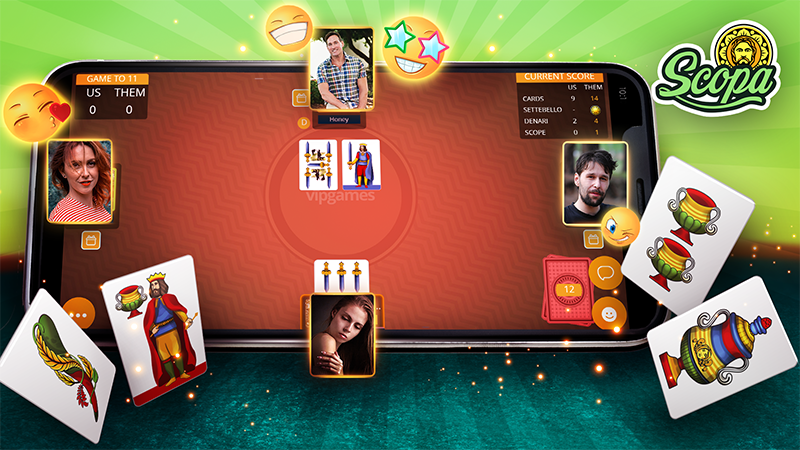 Scopa is another adorable classic Italian card game for 2-4 players that requires good memory and concentration. Players are using cards in their hand to “capture” point-scoring cards from a common pool, with captured cards matching or adding up to the value of the card played from hand.

The Spanish version of Scopa is named Escoba for 3-4 players. What differs the famous Italian game from the Spanish one is not only the name but the way of scoring.

The first dealer is chosen at random. The dealer shuffles and the dealer’s left hand opponent cuts. Turn to deal passes to the right after each hand. Dealing is made anticlockwise, beginning with the player to the dealer’s right. Each player is dealt initially three cards face down, then he places 4 cards face-up on the table. After dealing each player can only see the cards in his hand, and also the cards face-up on the table.

Trick-taking (capturing) is based on the card value; the suit is not relevant for capturing. The player either captures 1 card with the same value, or few cards with total value equal to the played card. If there is no capture the played card remains face up on the table. In either case the turn then passes to the next player. 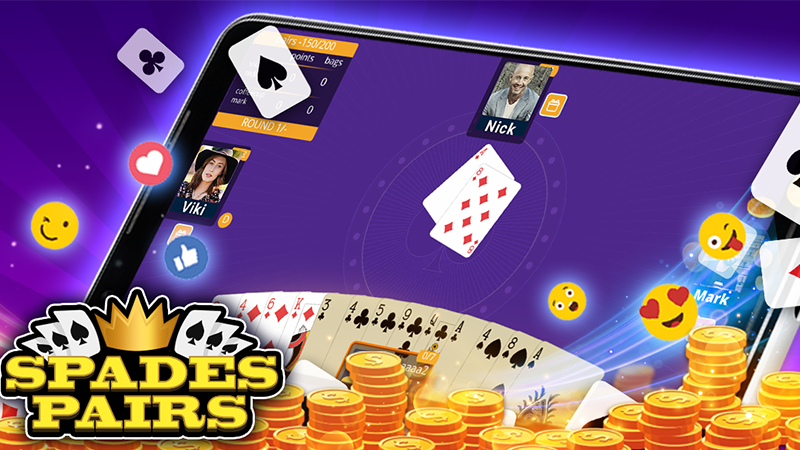 Spades – a lovable classic popularized in the USA in the 1930s. Families love spades for its intriguing game play that will make you play for hours and will turn a family online night in a true adventure.

When playing Spades players are coupled in teams of two and sit across the table from their partners. 13 cards are dealt to each player. Players are given a moment to decide on the relative strength of their hands.

Starting with the player to the left of the dealer, it’s time for bidding – each player announces the number of tricks they believe they can take (this is called).

The total number of tricks that each team bids is the number that team should meet or exceed during the hand. There is a point reward for achieving as many tricks as you bid and a penalty for failing to reach the bid. A bid of zero tricks is called going “nil.” If a player chooses to bid nil, then he must take no tricks.

Players are given bonus points for successfully losing every trick and a stiff penalty if a player attempts this bid and fails. The smallest standard bid is one trick.

The game is on, once the bids have been placed. If a player has a card of the suit that was lead, he must follow suit. The person who plays the highest card in the suit or the highest spade as trump wins the trick for his team.

The winning team should collect each four-card trick and organize it in a manner that allows easy counting at the end of the game.

It might be determined but the players – reaching a certain amount of points, number of hands or a time limit. The team with the higher score wins. 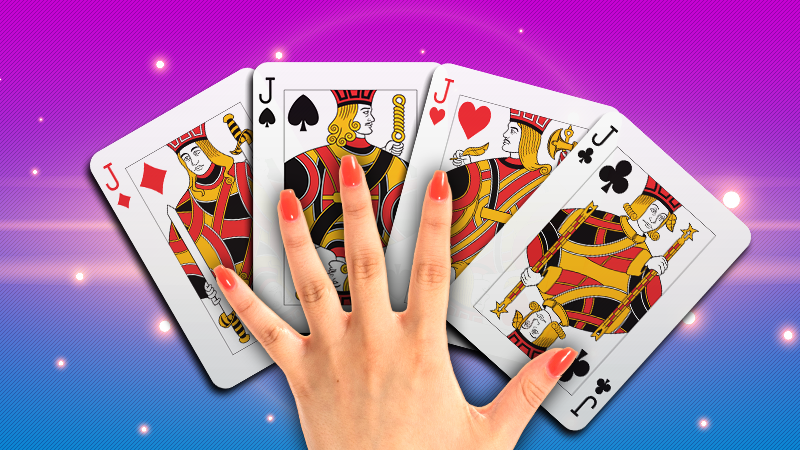 Slap Jack is a super fun family card game that involves a lot of laughs but also a great concentration and super speedy reflexes. It is a classic game for 2 – 6 players.

The cards are dealt one at a time with a face down, to each player until all the cards have been dealt. The hands should not come out even.

After dealing the deck face down until all the players have an equal stack of playing cards. The first player should turn the top card and put it face-up right in the middle. The rest of the players repeat the same action, going in a clockwise direction.

The aim of the game is to win cards by becoming the quickest player who succeeds to slap the stack in the middle. It’s all about fun and fast reflexes. What do you think?

In a nutshell, the Internet, nowadays, offers us incessant capabilities to communicate, play, and enjoy quality time online with family and friends. Online board and card game platforms are sure a saving island in the rough Covid times we live in today.

The great variety of fun, family card games to play online give us the unique opportunity to feel closer to our family, still smile, and have fun together even through a monitor.

Online family card games are also a good exercise for the brain, fuel for your competitive spirit, and a great connection with loved ones, especially in this world of social distancing.

So don’t waste time watching TV. Train your brain instead and arrange an online reunion with your family to spend a few hours of joy while playing some of these fun, family card games we have available.

Provided that you don’t see some of your top family card choices here, feel free to enrich the list by sharing more games in the comments below.

Are you ready for the next unforgettable, family night and which card game will you play online?